On Thursday, May 12, 2016, and as a part of Komar University Faculty Scientific Seminars, Dr. Alan M. Noory presented a seminar titled: “The Chasm between Benevolence and Evil: Introduction to Karl Polanyi’s Original Research of Economic Liberalism”.

The researcher introduced economic liberalism as its ideologues present it to the benevolent force of self-regulating market that introduces freedom, democracy, social peace and prosperity. Then presented the most prevalent critique of market fundamentalism typified by the Marxist criticism, and then introduced the outlines of Karl Polanyi’s framework of thought in critiquing liberalism as an original non-conforming school of thought that views economic liberalism as a state-sanctioned ideological construct to dis-embed markets from society and re-embed society into markets through commodifying land, labor, money, and knowledge.
The researcher then, used Polanyi’s conceptual tools to explain the link between the economic liberalization of Iraq and the rise of ethno-sectarian militancy, economic organized crime, and tribalism.
The seminar that was attended by students and faculty members generated spirited debate and question. At the end of the seminar, Dr. Salah Aziz, President of Komar University of Science and Technology, presented Dr. Alan with a certificate of appreciation for participating in Spring 2016 seminars season. 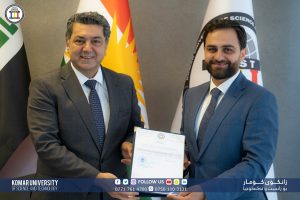 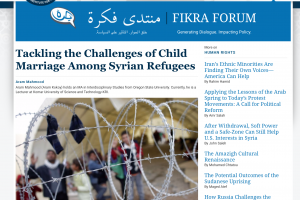 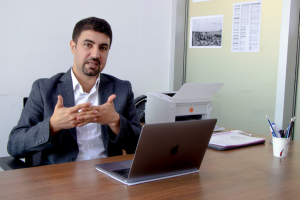